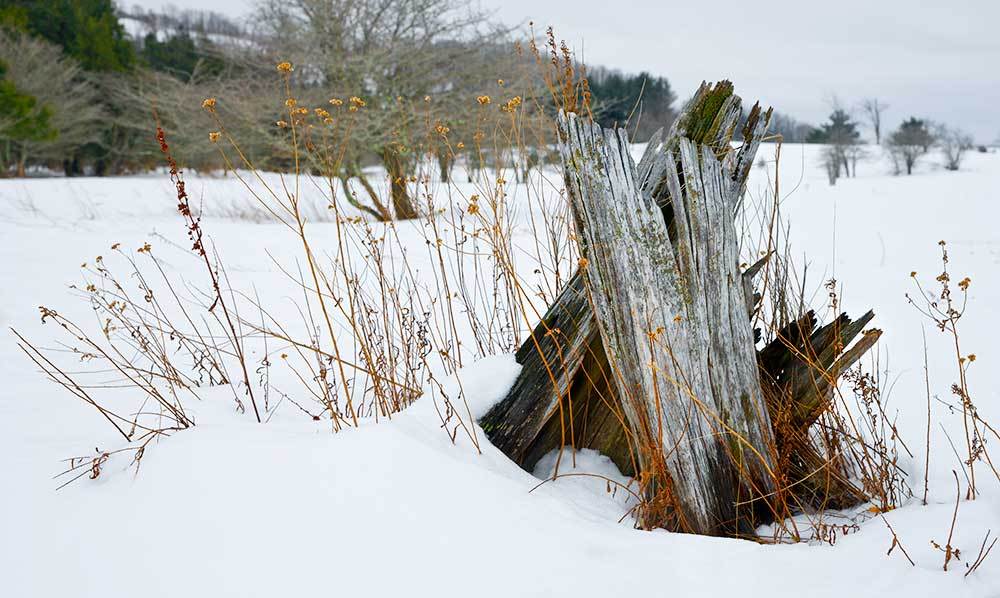 Previous Next
← previous day next day →

I saw this old stump out in the middle of a meadow in Canaan Valley. The snow was deep, but I decided I could wade out to get the photo. Several times, I stopped and considered going back because the going was so hard, but then I would have wasted the time and energy to get that far, so I pressed on.

The other photographers in the group watched and a few considered wading out as well, but none did. I was the only one to get the shot.

To move forward and backward in the photoblog, slide your mouse over the upper right and left hand corner of the image. An arrow pointing forward or backward will appear. Click on it.

All the effort was worth it to get a unique image when shooting with a group. I like your stump shot for its close in detail and low angle. It makes a nice looking snowy image.