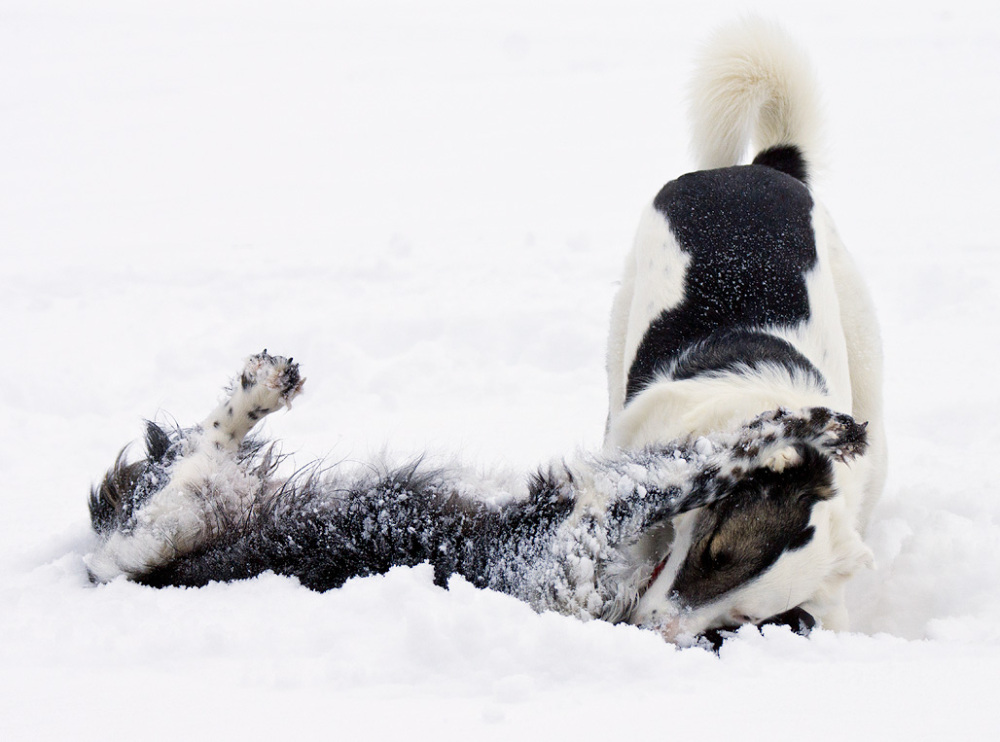 Previous Next
← previous day next day →

Reggie and Phoebe play their favorite game: Bite the Neck. Phoebe lays on her back and sticks her feet in the air, while Reggie puts her whole neck (and sometimes her head) in his mouth. Sounds like great fun doesn't it?

To move forward and backward in the photoblog, slide your mouse over the upper right and left hand corner of the image. An arrow pointing forward or backward will appear. Click on it.

Dogs know how to "rough house" very well. This is a fine action shot of these two with Phoebe plastered with snow and Reggie taking advantage of her situation. Fun shot....and well done.

What a lovely picture!